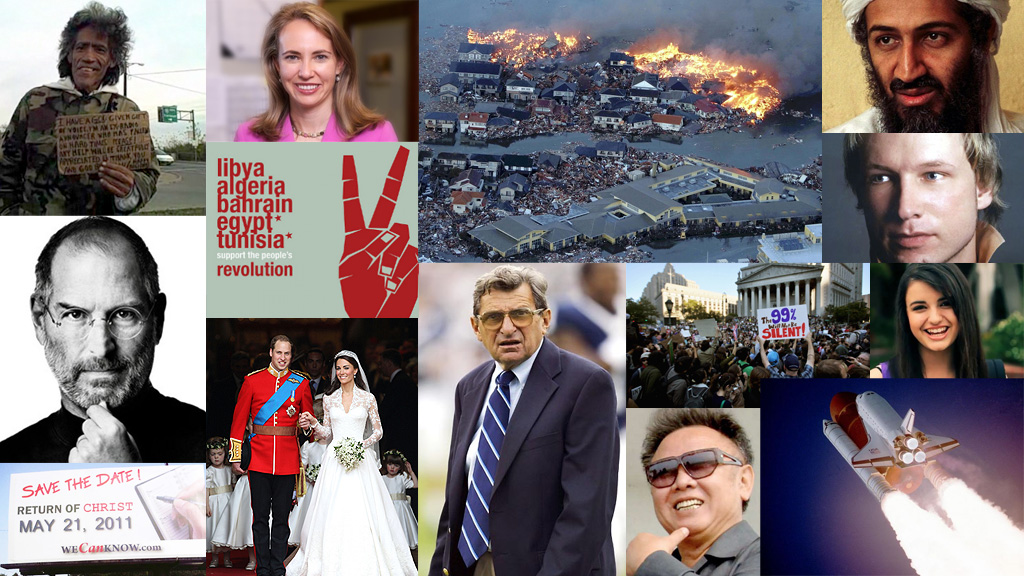 In January of this year I came up with the idea to keep a running list of the “Big News Stories of 2011”. It’s around this time of year, that I always enjoy thinking back on the memorable events of the past twelve months. In particular, I wanted to recall the news as I saw it. What were the events that came to my notice as they happened?

What follows is my list of the top news stories of 2011. It’s a wild understatement to say that it is by no means comprehensive. Oftentimes, it simply reflects the news as I saw it on the NBC Nightly News broadcast or read it on the NYTimes website. Regardless, it serves as a list which captures many stories of national interest during 2011.

(NOTE: Our second daughter was born on September 26, 2011. Therefore, my news monitoring dropped off significantly after that point.)

What stories did I forget to mention? What were your thoughts as you read this list? Please share in the comments below.